got my eye on this…

By Mitzi on October 20, 2010 in it takes a village, made for the maury show, pocket full of dirty tissue, taking it one day at a time, that sense of entitlement 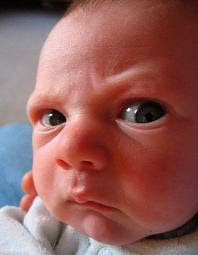 Well alrighty then, here’s one way to nip that pesky meth problem in the bud. Literally.

Tired of the increasing rate of drug addicts giving birth to sick and dysfunctional children that they are incapable of caring for, Project Prevention a North Carolina based charity is now PAYING said addicts $300 not to have children.
Uh huh, you read that correctly, they’re paying female and males addicts CASH to either insert an IUD, have tubes cut or have a vasectomy. Talking about, “They prefer to PREVENT a problem for $300 rather than paying millions after it happens in cost to care for a potentially damaged child.”
Silence.
Now, in theory this sounds like a good idea. But I gotta keep it 1000, offering a crackhead $300 in exchange for your ability to procreate is not really a fair choice. Shoot, we’ve all seen those ghetto knock-out/ bum fight DVDS (or maybe that’s was just me). Addicts will do soso much more for less when they are desperate for a fix.
Not to mention, I saw this same story recreated on Law & Order SVU years ago. At the time I thought the story was made up. Clearly I was wrong. Anyhoo, on the show, even when the addicts chose the temporary solution (the IUD) the rightwing nutjobs were straight sterilizing EVERYBODY. So what’s to stop them from doing the same thing in real life??
And more importantly, I’d be very interested to see ethnic data breakdown of the addicts that are getting paid off by these concern white women. Cause if they’re only targeting addicts of color, in some thinly veiled ethnic cleansing, I’m gonna have issues.
Real talk.